On 11 April 2017, thanks to our long campaign, Auckland Council announced that it would fully divest from coal, oil, and gas! In Auckland, we pressured the city council to divest from fossil fuels -that’s coal, oil, and gas.

As the first step towards stepping up Auckland’s “climate game”, we urged the city council to divest its funds from coal, oil, and gas. Auckland Council had more than $25 million invested in fossil fuel companies like Exxon and Anadarko; we have put out a press release detailing the council’s investments. The investments in fossil fuels lay in contradiction to the council’s commitment to the C40 Initiative and putting out a Low Carbon Action Plan.

This comes as news broke that the council is heavily investing not only in fossil fuels but alcohol, tobacco, and sugary drinks as well. These investments completely contradict the work that the council was doing to fight obesity and smoking. 350 Aotearoa’s Executive Director Niamh O’Flynn was interviewed by bfm on the subject. 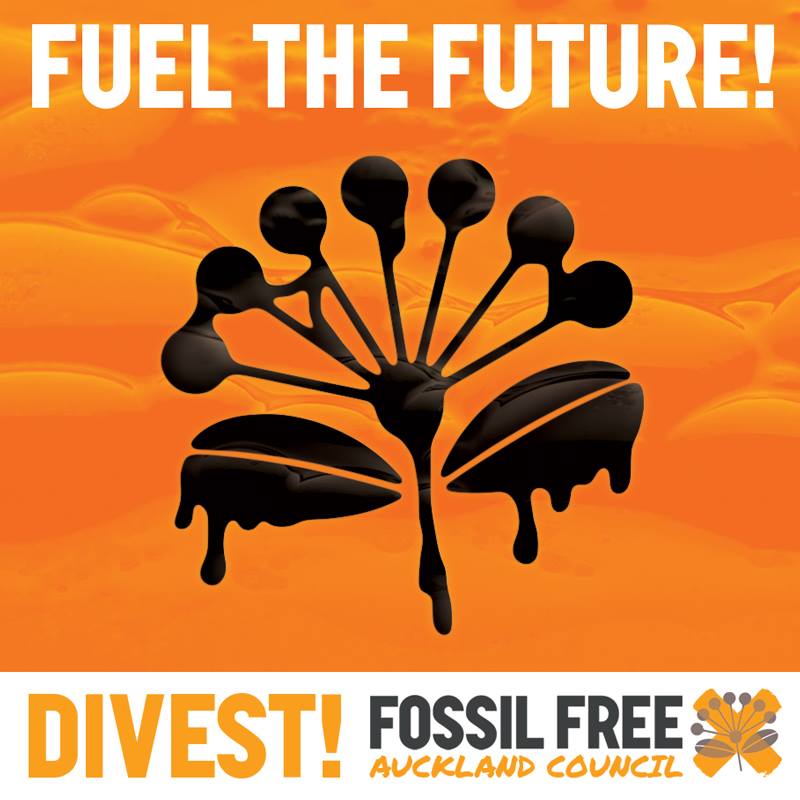